The first versions of MusiCAD were compiled in the spring of 1989, more or less as proof-of-concept and mainly because at that time (pre-internet) I could not find a program that would fit my needs. Commercially available programs I was able to try could not handle irregular/compund meter, chord symbols, or simply would not run on my computer...

The user interface at that time was very rudimentary. To create a new file you had to edit a text file specifying notes, meter and so on. Then start the program from the commandline with the newly created text file as input, and hope for the best. A missing semicolon would screw up the tune completely. As time went by and programming continued, the user interface became more useful and from 1992 on more colleague musicians started to ask whether they could have a copy. 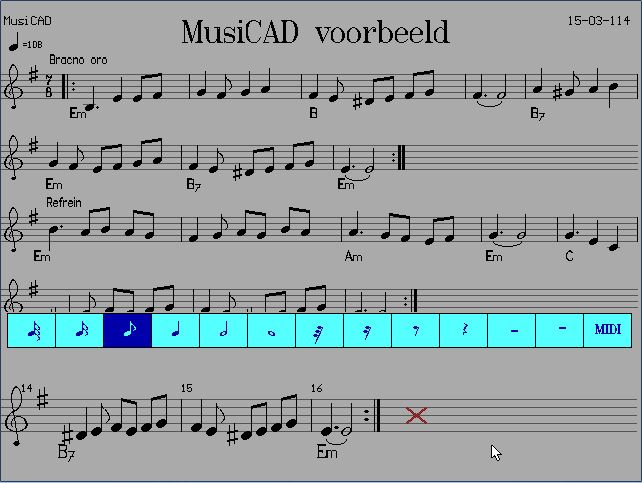 Version 1 running on 'any' MSDOS PC with 640kB RAM, 8088, 80286 computer supporting a video-card (Hercules/CGA/EGA/VGA) was distributed on 5 1/4" SD floppy between 1992 and 1997; drivers for 9 and 24 needle dot matrix printers, HP-deskjet and the Canon Laserjet were supported as well as sound by means of PC-speaker/AdLib/Soundblaster/MPU401.

Version 2 needed at least a 80286 preferably extended memory, was distributed on a 1.44MB 3 1/2" floppy and used GhostScript for high quality printing. Full score editing was possible as long as a scoreline would fit on screen. 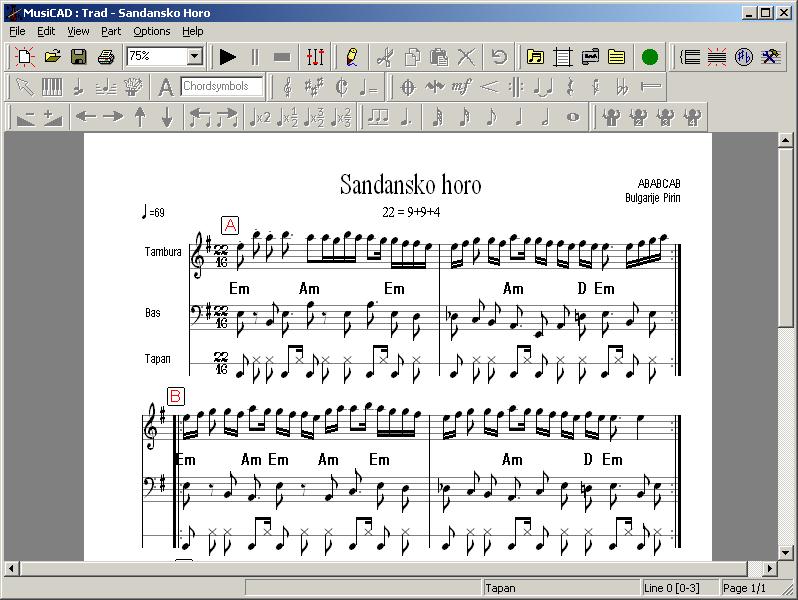 Version 3 for Windows took over in 2002. Sound and printing were handled by Windows from that time on, and heaps of possibilities were added to accomodate all kinds of music. 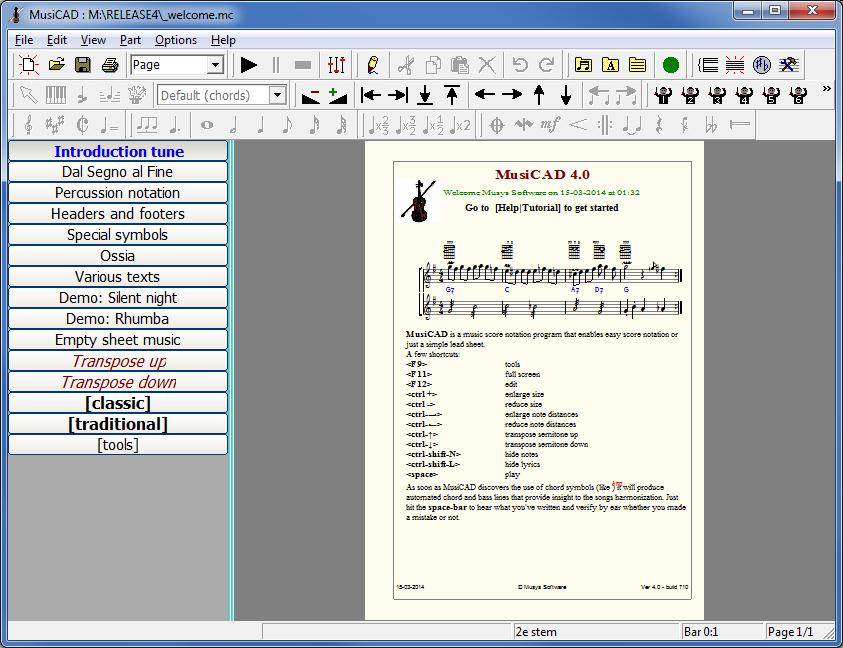 The long waited for MusiCAD version 4 brings pianoroll-midi, playlists, and toolsboxes to combine templates to build even more powerful tools. Unicode/utf8 brings the worlds alphabets to MusiCAD and is ready for Windows 10