Depending on country, instrument and music-style, different chord notation systems are in use.

Chord symbols are in heavy use in popular music (guitar-chords, keyboard).

mi may denote minor as well as french mi-chord (E);

maj can stand for major as well as major-seventh;

an add sign + can be major as well as augmented.

may be used for major as well as major 7th.

To select the preferred notation system go to the text attributes of the chord symbols in the text dialog and use the display button. 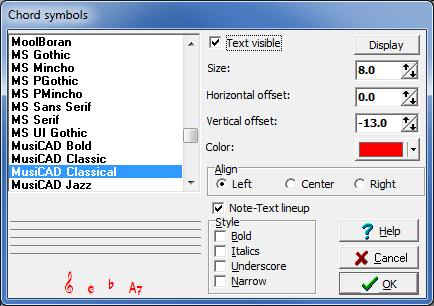 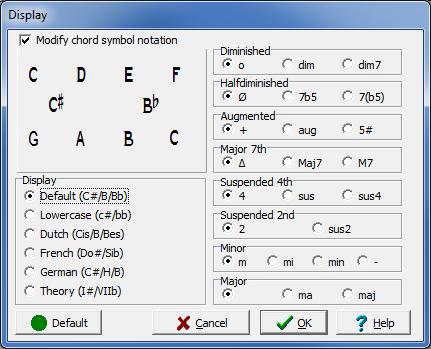 Choose the main display style and select how to display alterations:

how to find chords